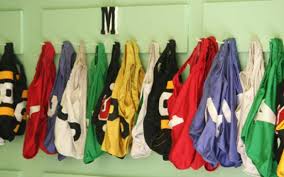 What an outstanding month of racing at the Palm Beach Kennel Club! From records being broken again this month, to top racers returning to the track, PBKC was again the home of the best racing around.  Here are my Top 10 Greyhounds currently racing at "The Beach" for November 2013.

~The Fall Puppy Stakes champion took off for Southland in September but came back to Palm Beach on November 23rd. Not only did he dominate the field upon his return, he broke the Royal Palm Course Record by blitzing a 29.02 time.  With an unreal rush out of the box, this greyhound has a chance to become one of the all time greats this track has ever seen. Should be around at Palm Beach during the Winter Stakes season, but will travel around the country to dominate other tracks during their big stakes seasons.  Absolutely has a chance to break 29 seconds and possibly lower the track record to a time that may never be beat.  Finished 8th in the National UGR Top 10 poll, the only Palm Beach racer on this list. With George Quinn of Greyhound News, this is our favorite greyhound here.

~ Another classic greyhound from the Pat Collins/Neola Joe Kennel, this youngster returned from injury on November 26th and blazed a 29.59 time for the win. The only racer ever in track history to win her first 8 starts, she has now won 10/11 races all time here. Right up there with the best breakers around. Right now is the favorite to win the Puppy Stakes come March. The Winter Stakes season should be outstanding with these top 2 going head to head. Superstar potential with this racer.

~If it wasn't for the Gronk coming back and JS SpeedyPebbles having the best start of any greyhound racer ever at PB,  this would be the #1 dog here. Was on top of my Top Ten List for September and October.  With 21 wins out of 30 races on the season, Golda has one of the best lip flipper breaks at this track. This is an old school greyhound who doesn't shy away from contact and really doesn't care what box she is in as well.  Ran a 29.32 time earlier in the season and won 4 races in the month of November.  Might give JS SpeedyPebbles a run for her money if they get paired up in the coming months. The Queen of Palm Beach without a doubt as my track announcer buddy Mike Jameson would say.

~The best sprinter at Palm Beach right now. Has won 9 out of the last 11 races and has been in the money 15 out of 16 times (94%).  Whenever Bae Sang comes back from Southland, it will be really interesting to see if this dominance continues. As for right now, this is Like A Fox's super sprint course until somebody takes it back.

~One of the best rushers this track has right now. FasTrak Dale's favorite hound has now put a little close on to his game to go along with that initial speed.  Best win of the month came on 11/30 when he out dueled Golda on the backstretch to win the Season Kickoff Showcase Race.  Had a 5 race win streak into the month of November. Impressive greyhound.

~Right now is the best 3/8th's miler here. Has the season's fastest time of 37.40 and won 4 out of 5 races this month.  This racer will be rated much higher next month if she keeps it up, but many of us have seen racers have a bit of success on this course for a little while and then struggle. Looking forward to her races in December.

~Had a 4 race winning streak in the top class up until the Season Kickoff race on 11/30, that had Golda, Bruiser and Roxee all in it.  Was 1st or 2nd in in all 7 races this month except for that race. Did beat Atascocita Golda out of the 1 box on 11/23. Just 1 and a half years old, this racer should be fun to watch here for a while.

~First time since I started doing this list in June that I have two super sprinters in the Top 10...and why not with this speedster winning 5 out of 7 races this month.  Is one of the only sprinters I have seen that prefers the 8 box.  Usually one of the worst boxes for this race, Bryce has won 80% of his races from the outside.  Hoping for Like A Fox and Bryce to match up more in December.

~My Odd Squad buddy Chris Straka's racer continues to have a lot of success here at "The Beach." Now 13 wins on the season, including winning her last race on 11/30. "Einstein" loves mid track and amazingly has never given up a lead once she has gotten it in the backstretch since coming to PB in April.  Look out for the Puppy Stakes Finalist to continue his winning this Winter.

~One of the top wins leaders of the season with 14 wins, this racer is an early speed specialist.  Needs the lead to win because she does have a bit of a fade on the homestretch. Won twice in this month and can consistently go under 30 seconds for stretches. This racer as Randy Birch would say "Has the ability to go pinggggggg out of the box for the win."

*Racers not racing that would be considered: Atascocita Henri, Flying Rushin By.

~Rob Gronkowski breaking the 545 Royal Palm Course record on 11/23 with a time of 29.02 upon his return from Southland Park.

~JS SpeedPebbles winning her 10th race out of 11 starts this month.

~Kiowa Frank Lazy bursting on the "A" class scene this Fall and winning 4 in a row in the top "A" class.

~Machismo (Ryan Racing)  is still winless at 64 straight races and is putting a serious pursuit on for futility at this track.  The record for Palm Beach is 73 held by Jerry Burns.  Machismo is not currently slated for a race coming up, so it will be interesting to see what owners do with with this racer in the near future.

~Atascocita Henri (Suncoast Racing) is on another break after winning 2 straight races coming off a 6 month layoff.  Anyone with a Suncoast connection please let me know what is going on with the 2012 wins leader.

~Rusty The Lure blowing a tire and getting his tail handed to him after the finish line by 8 greyhounds on 11/22. Only funny because it didn't effect the results of that race and there wasn't a significant delay for the next races. Give Rusty a break though. He runs more schooling and regular races then any other lure in America. He'll be back everyday so that all of the Palm Beach announcers can say the famous opening line, "Heeeeerrrreeeeeee Comeessss Rusty!!!"

Good luck to all racers and owners going forward into December!